Li Shi is Professor of Economics in the School of Economics and Business and Acting Director of the Institute for Income Distribution and Poverty Studies at Beijing Normal University. He was a professor and senior research fellow at the Institute of Economics, Chinese Academy of Social Sciences from 1996 to 2005 and a research fellow at the University of Oxford in 2001 and professor at Hitotsubashi University, Japan in 2002. His current studies focus on income distribution, poverty and rural migration in China. He has published in journals such as Journal of Population Economics, Review of Income and Wealth, Oxford Bulletin of Economics and Statistics, Economic Development and Cultural Change, Journal of Comparative Economics, Oxford Development Studies, Journal of Development Economics, Asian Economic Journal. His publications include several edited volumes such as China’s Retreat from Equality (2001, with R. Zhao and C. Riskin, M.E. Sharpe: New York), Unemployment, Inequality and Poverty in Urban China (2006, with H. Sato, Routledge: London and New York) and Income Inequality and Public Policy in China (2008, with B. Gustafsson and T. Sicular, Cambridge University Press). Li Shi joined IZA as a Research Fellow in March 2001. 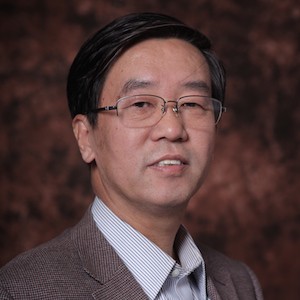