Much of her life’s work has been dedicated to in the advancement of national and state policies and programs in aging, health, and related areas. She was assistant secretary for aging at the U.S. Department of Health and Human Services from 1997 to 2001. There, she led the development and enactment of a modernized Older Americans Act and established the National Family Caregiver Support Program, the federal government’s first formal recognition of the significant contributions and needs of family caregivers. Recognizing the challenges and opportunities presented by the coming of age of the baby boom population, she also spearheaded an initiative to lay the foundation for aging policy and program coordination and collaboration across executive branch departments and agencies for the first decade of the new millennium.

Early in her career, Dean Takamura was a practicing social worker serving youth and families. She held senior executive positions in the Hawaii state government and faculty and administrative appointments in higher education in Hawaii and California. She has served on numerous national and international boards, commissions, and working groups, is a fellow of the National Academic for Public Administration and the National Academy for Social Insurance, and has received numerous awards, among them the Lucy Stone Award from the White House for her advocacy on behalf of older women and the enactment of the National Family Caregiver Support Program. In 2006, she was named a Social Work Pioneer by the National Association of Social Workers (NASW) Foundation, the premier professional association for social workers.

Her bachelor’s degree in political science and sociology and her master’s degree in social work are from the University of Hawaii, and she holds a Ph.D. in social policy from Brandeis University. 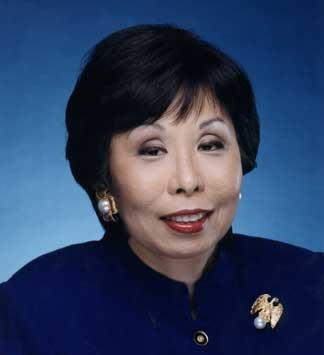